The Punjab & Haryana HC issued notice to the Central govt, directs the Anomalies Committee to take the views of defence personnel 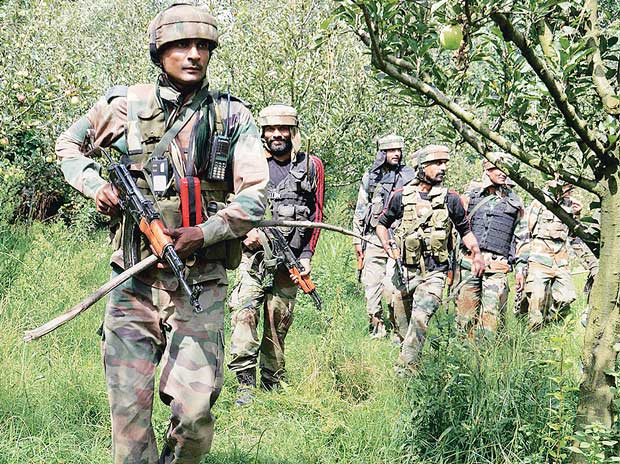 Now servicemen, in uniform and retired, will have their say too. On Wednesday, the Punjab & Haryana High Court issued notice to the Central government, directed the Anomalies Committee to take into account views of defence personnel.

Ruling on a petition by a serving officer, Colonel Preetpal Singh Grewal, the High Court notice could go some way in easing the vitiated civil-military relationship, and the trust deficit between civil servants and the military.

The 7th CPC recommendations, which were handed over to the government in last November, aroused bitter resentment within the military. On March 11, the three service chiefs made a presentation to the “Empowered Committee of Secretaries”, a 13-member panel headed by the cabinet secretary, which was looking into the recommendations. After that brought no changes, the chiefs held the implementation of the 7th CPC in abeyance, forcing the defence minister to order them last month to implement the award.

In his petition, Grewal pointed out that the Anomalies Committee granting hearings to civil employees, their associations and the civil establishment but not to defence personnel or even the military establishment. He pointed out that the defence services were not even informed about the institution of the Committee and only discovered through press reports that several meetings had been held with civil government employees.

The petition admits that military employees cannot be allowed to form associations. However, there was a need for sensitivity within the system toward defence personnel, and the opportunity to present their views and demands.

Denying this would violate the principles of natural justice, the petition pleaded. It also pointed out that the Supreme Court has already held that defence personnel should not be treated in a ‘shabby manner’ or denuded of rights that are available to other citizens.

Besides pleading for the opportunity for serving and retired military personnel to be heard, the petition asked for an alternative participative mechanism that would compensate for the statutory bar on forming associations.

The petition pointed out that the defence ministry’s Standing Committee on Welfare of Ex-Servicemen, which Defence Minister Manohar Parrikar had himself ordered to hold meetings every three months, has not yet held a single meeting. The petition argued that this amounted to lower officials undermining political authority.

The petition suggested that differences be resolved in a conciliatory manner, instead of implementing ham-handed measures that created a gap between various services. It stated that the standoffishness of high government authority created a trust deficit that could be exploited by anti-national elements, which might spread discontentment through the social media.

The 7th CPC has raised baseline military salaries by about 15 per cent, taking the pay of a lieutenant (the entry grade for officers) to Rs 56,100 per month; and that of a sepoy (the entry grade for ratings) to Rs 21,700 per month. This was significantly lower than the 40 per cent hikes handed out by the Fifth and Sixth Pay Commissions. But the greatest resentment has taken place through the relative dilution of status, with the Indian Administrative Service, Indian Foreign Service, Indian Police Service and Indian Forest Service having been granted allowances that the military believes places them on a higher level.

Setback for employees – Government not giving salary in cash

7th pay commission good news today: It is raining money for government employees; what this state did now

Strike on 7th Pay Commission deferred for one month